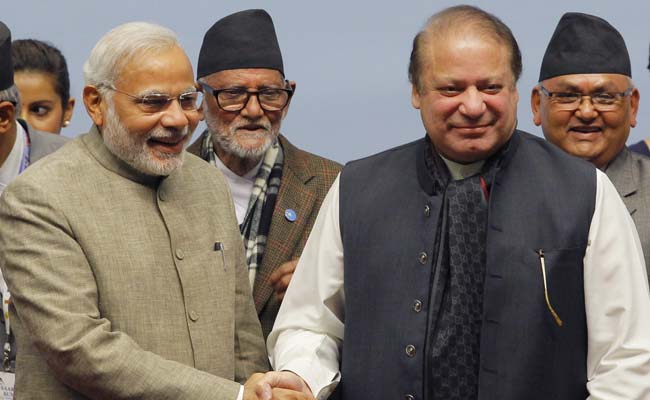 By PTI New York, Describing nuclear-armed Pakistan as "unquestionably the biggest concern" to stability in South Asia, a leading US daily on Tuesday said the world powers that worked on the Iran deal should now turn their attention to the "troubled region with growing nuclear risks of its own".
"The world's attention has rightly been riveted on negotiations aimed at curbing Iran's nuclear programme. If and when that deal is made final, America and the other major powers that worked on it China, Russia, Britain, France and Germany should turn their attention to South Asia, a troubled region with growing nuclear risks of its own," The New York Times said in an editorial.
The editorial titled 'Nuclear Fears in South Asia' said the situation in the region cannot be ignored by the major world powers, no matter how preoccupied they may be by the long negotiations with Iran as India, China and Pakistan are moving ahead with plans to deploy nuclear weapons in the Indian Ocean.
The editorial said Pakistan is "hardly alone in its potential to cause regional instability," with China continuing to build up its nuclear arsenal, now estimated at 250 weapons.
Calling Pakistan as "unquestionably the biggest concern" in the region, the editorial said continuous investments by the country in military arsenal capable of carrying nuclear warheads "reflect the Pakistani Army's continuing obsession with India as the enemy, a rationale that allows the generals to maintain maximum power over the government and demand maximum national resources.
"At the same time, Pakistan has sunk deeper into chaos, threatened by economic collapse, the weakening of political institutions and, most of all, a Taliban insurgency that aims to bring down the state," it said.
On India's part, which has a nuclear arsenal of 110 weapons compared to Pakistan's 120, Prime Minister Narendra Modi has made it clear that Islamabad can expect retaliation if Islamic militants carry out a terrorist attack in India, as happened with the 2008 attack in Mumbai, the editorial said.
April 10, 2015
Unknown
international, News