Home » international » literary » News » 4th International Bloggers Conference to be held in Bhutan from 15 to 18 January, 2015

4th International Bloggers Conference to be held in Bhutan from 15 to 18 January, 2015

Gathering of bloggers and litterateur from a number of countries including India, Nepal, Bhutan, Australia 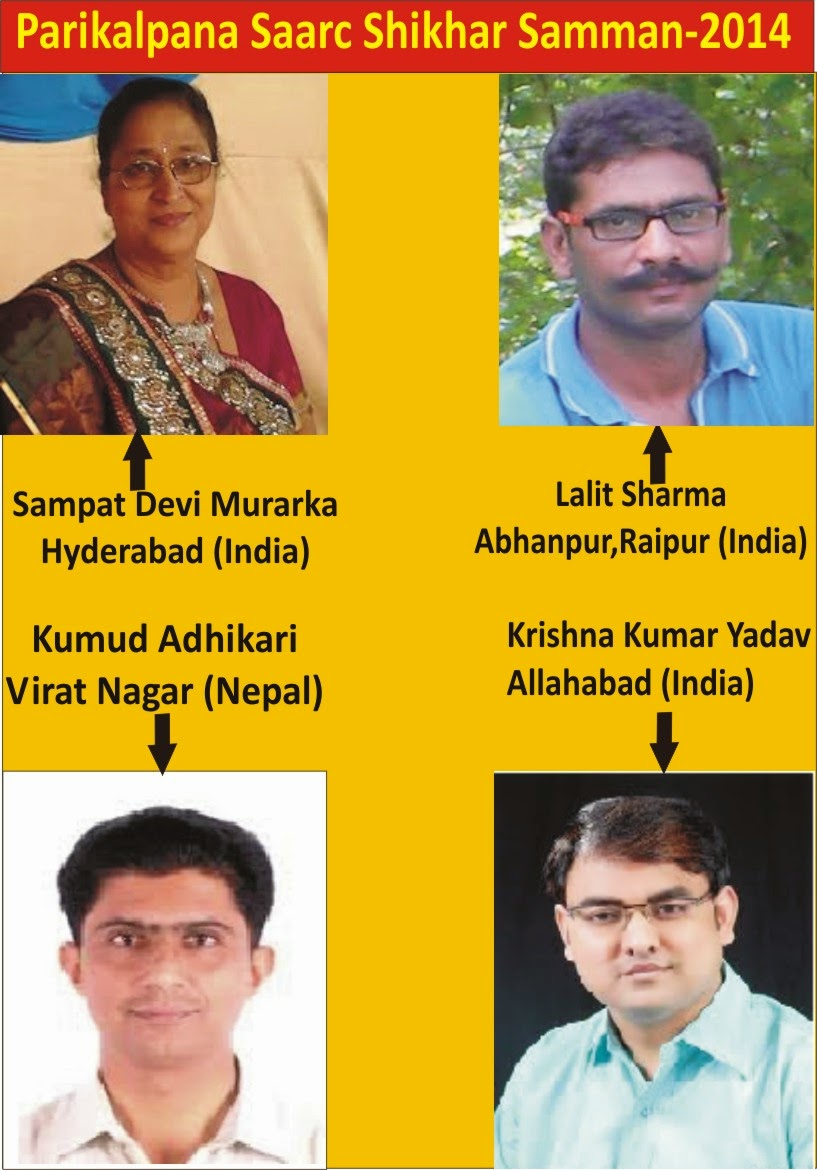 Lucknow (SATNB): Hindi is getting established as a reputed language not only in India but across the world. Apart from movies and literature, blogging which has established itself as a form of new media is also helping in the spread of Hindi. As such, to provide a common stage for bloggers, 'Parikalpana Samay', Hindi monthly magazine published from Lucknow and ‘Parikalpana’ literary organization have been organizing International Blogger’s Conference for the last four years. The main objective of the conference is to create ground for development of blogging in South Asia, promote Hindi literature and culture, and provide opportunities for language harmony, and cultural study and tourism. Chief Editor of Parikalpana Samay and Organizer of ‘International Bloggers Conference’ Mr. Ravindra Prabhat said that after having successfully organized the conference in Delhi, Lucknow and Kathmandu, this time the fourth International Blogger’s Conference will be organized from 15 to 18 January, 2015 in Bhutan. It is worthwhile to mention here that recently during his Bhutan visit Prime Minister Mr. Narendra Modi has emphasized on historical and cultural relation between India and Bhutan, and sought to promote co-operation and harmony between the two countries. This blogger’s conference being organized in Bhutan is an effort in the same direction, said Mr. Ravindra Prabhat. 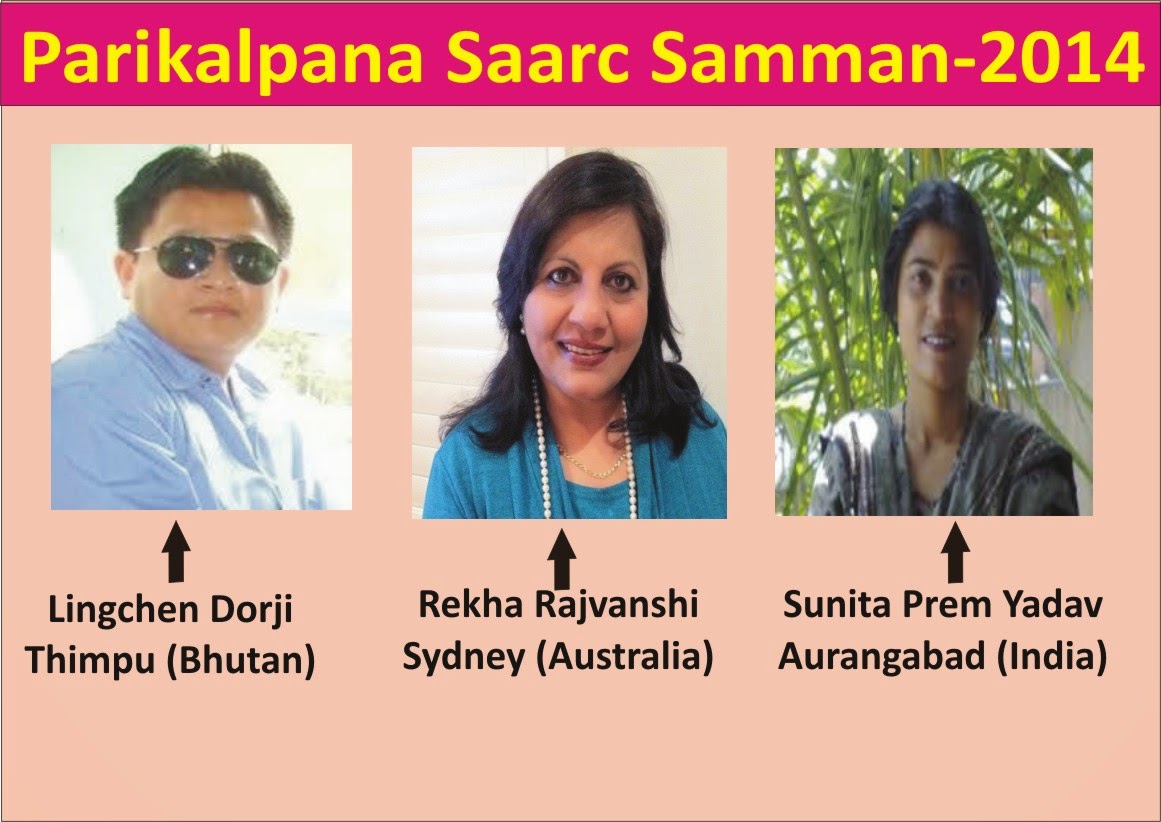 Mr. Ravindra Prabhat said that on this occasion celebrities from the field of blogging and literature world will be felicitated. In which ‘Parikalpana SAARC Summit Awards” will be conferred on Mr. Krishna Kumar Yadav, Director Postal Services, Allahabad Region (Allahabad, UP) for reminiscence writings on blog; Mr. Lalit Sharma (Raipur, Chattisgarh) for Archeology related writings, Mrs. Sampat Devi Murarka (Hydrabad, Telangana) for Travel narrative, and Mr. Kumud Adhikari from Nepal for Literary blog Journalism. Under this award all awardees will be felicitated with Rs. 25000/- cash prize, commendation certificate, memento and aṅgavastram.
Whereas, “Parikalpana SAARC Awards” will be conferred upon Mr. Lingchen Dorji (Thimpu, Bhutan), for his famous nouvelle ‘Home Sangrila’, Ms. Rekha Raajvanshi (Sydney, Australia) for her efforts in spreading Hindi in western countries, and Ms. Sunita Prem Yadav (Aurangabad, Maharasta, India) for promotion of translation from other languages to Hindi. In this award, awardees will be felicitated with rupees 5000/- cash prize, Commendation certificate, memento and Aṅgavastram.
More than 50 bloggers and litterateur to be felicitated
During the conference more than 50 bloggers from South Asia will be awarded with ‘Parikalpana Awards’, out of which some important ones are Mrs. Suman Kapoor from New Zealand , Mr. Neelesh Mathur from Guwahati, Assom; Mrs. Shubhadra Pandey from Silchar, Assom; Mr. Randheer Singh Suman from Barabanki, Uttar Pradesh; Mr. Ram Bahadur Mishra, from Lucknow, Uttar Pradesh; Mr. Surjeet Singh Barwaal, Shri Ganganagar, Rajasthan; Ms. Saraswati Mathur from Jaipur, Rajasthan; Mr. Gagan Sharma, Raipur, Chattisgarh; Mrs. Tara Singh, from Navi Mumbai; and Mr. Alok Bhardwaj from Mumbai.
Mr. Prabhat said that during the conference, study of Hindi in global perspective especially in SAARC nations, promotion of Hindi literature, various dimensions of blogging as new media and role of Social Media in changing times etc. will be discussed.
November 25, 2014
Unknown
international, literary, News