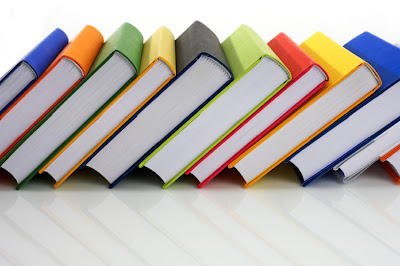 Indian regional writings are not acceptable to Western readers in comparison to these IWE’s , where these authenticity of Indian cultural life is lacking ? The reason I think Indian regional literature can hardly be overstated given its emphasis on rural life and social structures far removed from the growing urban centers and the western readers can not identify with as described in the stories of village life and of exploitation and feudal structures .On the other hand , the IWE fictions are more accessible with Western mind as the writer always want to paint the Indian (clear to say migrant Indian’s ) reactions to the reality of a small town or a village preserved in the space of an Indian metropolis or in a Western metropolis like London or New York.
This is why the IWE writers steer clear of Indian shores to settle down in foreign lands. Not only Naipal. Rushdie, Anita Desai, Kiran Desai or Jhumpa Lahiri keep themselves away from Indian Subcontinent, but Arundhati Roy, who is running after Medha Patkar nowdays,once expressed her preference to live out side India , in her interview with William Dalrymple prior to the release of the Booker-winning The God of Small Things . . Hari Kunzru, author of The Impressionist and Transmission claims that he is not an Indian writer but a British one.
What is it that makes the most talented of India's literary geniuses of IWE push out of Indian land to settle down in foreign domain? Is it the promise of readership, fame, recognition and money that comes from catering to the western market with a much wider reader base? Anita Desai moved outside India only in her 50s when she was already an established author and her opponents say she did it for getting herself nominated for Booker’s and Nobel prize .Or do these writers move away from the land that sparks their stories to achieve a heightened sense of intimacy and observation that distance is known to create?
Now the main question is: do IWEs refer to a person from India (akin to a Frenchman, or an Englishman) who writes in English, or does it refer to the cultural aspect of India ? Is this ambiguity purposeful or unintentional? Because nobody is telling about R.K.Narayan, Raja Rao and Mulk Raj Anand today with regards to IWE and these names are totally forgotten .In the New Yorker (special issue on the 50th year of Indian independence) Rushdie wrote that during these fifty years, best literature in India has been written in English. It vividly shows his ignorance of Indian literature in Hindi and regional languages.

By : Sarojini Sahoo A distinguished bilingual South Asian feminist writer, and an associate editor , a feature oriented English journal Indian AGE,  who has been enlisted among 25 Exceptional Women of India by ‘Kindle’ English magazine of Kolkata and  has been conferred with the Orissa Sahitya Academy Award, 1993, the Jhankar Award, 1992, the Bhubaneswar Book Fair Award and the Prajatantra Award. She is also in the advisory board of Indian Journal of Post Colonial Literature; published from the English Department of Newman College, Thodupuzah, Kerala. She is also a known columnist in National news papers of India and a renowned  blogger for her ideas in feminism and has gained world wide fame. Her Blogs are SENSE & SENSUALITY, FEMININE-FRAGRANCE and INDIA
April 09, 2013
Unknown
article, latest, literary, Literature, News