Top-ten blog nomination is not up to mark in Hindi : Ravindra Prabhat

Naziya : Please tell me, What type of activities of "Deutsche Welle" in diffrent field ?
Prabhat: Deutsche Welle is a german broadcaster. The service is aimed at the overseas market. It broadcasts news and information on shortwave, Internet and satellite radio in 30 languages DW (Radio). It has a satellite television service (DW (TV)), which is available in four languages, and there is also an online news site. Deutsche Welle, which in English means "German Wave", is similar to international broadcasters such as the BBC World Service, France 24, Voice of America, Radio Canada International, Radio Free Europe and Radio France International. 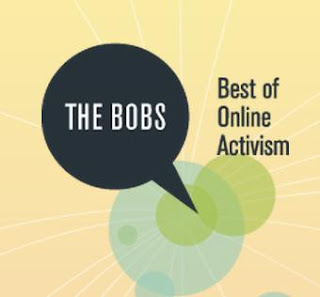 Deutsche Welle has broadcast regularly since 1953. Until 2003 it was based in Cologne; then it relocated to a new building, the "Schürmann-Bau", in Bonn's former government office area. The television broadcasts are produced in Berlin. Deutsche Welle's website is produced in both Berlin and Bonn. On 6 February 2012 Deutsche Welle underwent a significant rebranding.
Deutsche Welle was inaugurated on 3 May 1953 with an address by the West German President, Theodor Heuss, as its first shortwave broadcast. On 11 June 1953 the public broadcasters in the ARD signed an agreement to share responsibility for Deutsche Welle. At first it was controlled by Nordwestdeutscher Rundfunk (NWDR). In 1955, when this split into the separate Norddeutscher Rundfunk (NDR) and Westdeutscher Rundfunk (WDR) networks, WDR assumed responsibility for Deutsche Welle programming. In 1960 Deutsche Welle became an independent public body after a court ruled that broadcasting from Germany was part of the federal government's foreign-affairs function. On 7 June 1962 it joined the ARD as a national broadcasting station.
At prasent his three type services , first DW (Radio): shortwave, cable TV, satellite and digital radio (DRM) broadcasting in 29 languages, with a 24-hour service in German and English second DW (TV): satellite television broadcasting mainly in German, English, Arabic and Spanish. French and Italian were added in 2009 and Portuguese and Chinese in 2010. and third DW.DE: 34-language website.
Nazia: Please give short brief about blog prize activities.
Prabhat: They are all among the 364 nominees for top awards this year in The Bobs. The Bobs’ expert jury members needed three weeks, but they managed to whittle down more than 4,200 submissions to the contest to handful of nominees in each of the competition’s 34 categories and 14 languages. Your turn has come. Now that the candidates have been decided, it’s up to you to give them a look over and vote for the ones you think are best. Remember, you can vote once per category per 24 hours. The blogs that get the most votes will win The Bobs Users’ Choice prize and knowing that people across the Internet love them. Polls open today and will close on May 7 when all the winners are announced at re:publica in Berlin. Winners of the Jury Awards will be invited to pick up their prizes at the Deutsche Welle Global Media Forum in Bonn, Germany, on June 17-19.
Now go have a look at this year’s nominees of hindi language. They are "Maine rishvat di", "Mohalla Live","Taslim", "Anna Hajare", "Aurat Ke haqiqat", "Aadharbhoot Brahmand", "Nari","Vigyan Vishva", "Chokher Vali" and "Sarp Sansar".
Nazia: You are the only Hindi author, who has edited the first Hindi blog analysis Book. You wrote first time "History of Hindi blogging" . This book has been translated into several languages. So I would like to ask you, what really Hindi Bob's right under international awards have selected blog?
Prabhat: No, never. Hindi blog for the selection of the jury made the award, among them the lack of civic sense. Like the frog in the news-room discussions them seems to be only true and meaningful. In the selection of Rabish Kumar  the discriminatory act is clearly visible.
Nazia: What is your objection to the selection?
Prabhat: A blog is not proper to criticize him by name. Yes, I think that some good blog must be included. For instance Janaki pool of Prabhat Ranjan, Dr Arvind Mishra's Scai blog, Lalit Kumar' Dashamlav,Awinash Vachaspati's Nukkadh, Chhinten aur bauchharen of Ravi Ratalami, Randhir Singh suman's Loksangharsh, Dinesh Rai Dwivedi's Teesara Khambha, Rekha Srivastava 's Mera Sarokar etc.
Nazia: So this means that the named class is not a blog in your view?
Prabhat: No, I did not say that. In my view - Four  blog can not be sure which object to select.
Nazia: In your opinion which blog do you like the most? 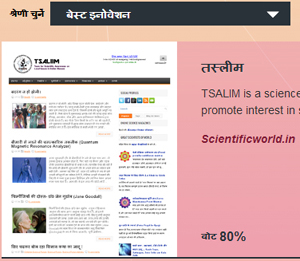 Prabhat: Taslim,Mohalla Live,Chokher Vali & Sarp Sansar. Select these blog do not disappoint. It really deserves to be nominated as best blog. Good luck with these blogs.
Nazia: What are the reasons, why not someone else?
Prabhat: I mean, it's not better to just accept the blog. Choose something else in this blog which I consider worth taslim after the vote. - Like the snake world, with Chokher, Mohalla Live, etc..
Nazia: This is the time of the vote, based on taslim and pioneer woman blog. So what will be  your preference?
Prabhat: See, Taslim is a science blog, which is logical way to his crusade against superstition. That's why I like him. There are more important things negative. Has to be given permissions to read it. That is not the only woman in the category of public blog  What to do then was nominated in the category of best blog?
Nazia: A Last question for you, that Hindi  blogs for awards submission process lasted more than a half months to complete. These blogs can now select jury has nominated. April 3 the next five weeks, you can vote for your favorite blogs can make him the winner. How do you find it suitable ?

Prabhat:  No Comment right now, because it can be said that only after completion..
Nazia: Many- many thanks for Your opinions on this subject.
Prabhat: Thanks .
(Interviewer : Nazia Rizvi  for South Asia Today)
April 12, 2013
Unknown
blog, interview, Lifestyle, literary, Literature