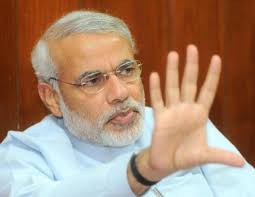 Prime Minister Narendra Modi made a rocking entry on the Forbes List of World’s Powerful People. Of the 72 names on the list, Modi made his debut on the 15th position. Forbes is a business magazine owned by Forbes Inc., USA. The magazine not only publishes articles on finance and marketing, but also doles out several lists, one such being the one we’re enlisting. On the top of the list, Russia President Vladimir Putin wins the Clash of the Titans, as his counterpart, US President Barack Obama stands at No. 2. The third place is occupied by China President Xi Jinping.
Narendra Modi, who wasn’t part of the Forbes list until 2014, made a stupendous debut securing the 15th position, well ahead of some of his contemporaries. On Narendra Modi, Forbes says, “India’s newest rock star doesn’t hail from Bollywood. He is the newly elected prime minister who sailed into office in May with a landslide victory, ushering the Bharatiya Janata Party (BJP) into power after decades of control by the Gandhi dynasty.”
However, the Forbes magazine doesn’t shy away from adding, “A Hindu nationalist allegedly responsible for encouraging and allowing communal violence and sectarianism in the Gujarat riots in 2002 and on a U.S. no-entry list since 2005 to 2014, Modi is credited with massive reconstruction projects in his home state of Gujarat.”
The Forbes list of 72 powerful people also featured business tycoon Mukesh Ambani (Reliance Industries) on 36th position, whereas as Iron Baron Lakshmi Mittal (Arcelor Mittal Industries) grabbed the 57th spot. Other known faces to feature on the list are former World’s richest man Bill Gates at 7th position and American business grandee Warren Buffet at 12th position.
Source Credit: India dot
October 10, 2014
Unknown
national, News