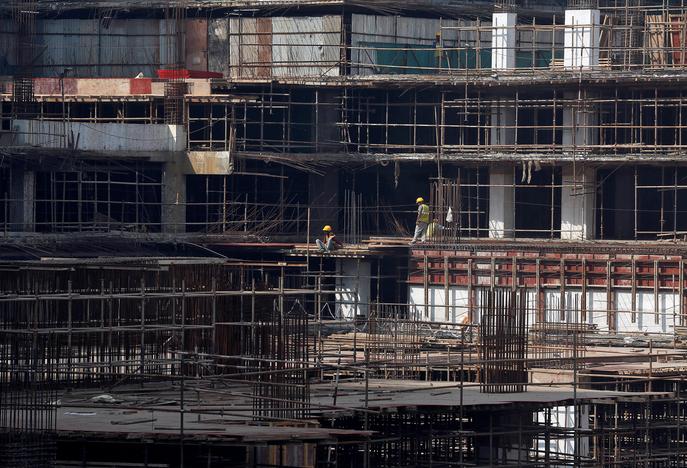 By Rajesh Kumar Singh | NEW DELHI
India posted on Wednesday the world's fastest growth rate for a large economy in the September quarter, yet that offered cold comfort after misery inflicted by the government's unexpected move to remove high denomination banknotes from circulation.
Gross domestic product (GDP) INGDPQ=ECI clocked an annual 7.3 percent growth between July and September, faster than 7.1 percent in the previous quarter and higher than China's 6.7 percent.
That impressive headline figure, however, failed to mask the underlying weakness in Asia's third-largest economy.
Not only was the overall growth lower than expected, it was primarily driven by consumer and government spending. Contraction in capital investment deepened.
With Prime Minister Narendra Modi's decision this month to scrap 500 rupee and 1,000 rupee banknotes as part of a crackdown on tax dodgers and counterfeiters denting consumer spending, which makes up 55 percent of India's economy, the outlook for upcoming quarters is not encouraging.
In a country where most people are paid in cash, and buy what they need with cash, Modi's decision has removed 86 percent of the currency in circulation virtually overnight. His shock therapy has left companies, farmers and households suffering.
"Post-demonetization the situation is really grim whether you look at any sector or talk to people," said Devendra Kumar Pant, chief economist at India Ratings & Research.
KNOCK-ON EFFECTS
Economists agree the economy will take a hit this quarter and for several quarters to follow. But opinions on the scale of damage vary widely.
Finance Minister Arun Jaitley expects a minor impact lasting for a quarter or two. Private economists, however, reckon the impact would be felt through 2018.
The most optimistic forecasts suggest that India will finish this fiscal year in March with a respectable, but slightly lower, growth rate of 7.3 percent.
But the most pessimistic forecast, from Mumbai-based brokerage Ambit Capital, is for a precipitous drop to 3.5 percent growth.
Modi has sold the move as an attack on the illicit "black economy", it is also aimed at shrinking the cash economy which has lasted so long because few Indians have bank cards and infrastructure for online transactions is poor.
According to Credit Suisse more than 90 percent of consumer purchases are made in cash, while another study shows 85 percent of workers are paid in cash.
The crackdown will also have a spillover effect for India's formal economy.
Take India's construction sector, for example. It relies on so called "black money" for funding, but it accounts for about eight percent of GDP, employs about 40 million people and has a direct bearing on steel, cement and manufacturing companies.
"In terms of the policy implications, today's release is unlikely to have much of an impact," said Shilan Shah, India Economist with Capital Economics. "Attention has already turned to the impact of the government's demonetization measures."
STRANDED TRUCKS
Supply chains at small, medium and even larger companies are already crumbling. Trucks are stranded with no money for fuel, workers won't load goods for free, and distributors can't pay up. Wholesale markets in many cities are shut.
In the wheat-growing states, farmers have told Reuters they have run out of cash, and as a consequence sales of seeds and fertilizer have plunged halfway through the sowing season.
At least the potential for lower inflation holds out some hope that the Reserve Bank of India will extend its easing cycle with a quick interest rate cut - possibly as early as next month.
"We think that it will attempt to cushion the blow from demonetization," said Shah, who expects a 25 basis rate cut at the central bank's policy review meeting on Dec. 6-7.
(This story was refiled to remove extraneous word in fourth paragraph)
(Editing by Simon Cameron-Moore)
December 09, 2016
Unknown
article, Business, News