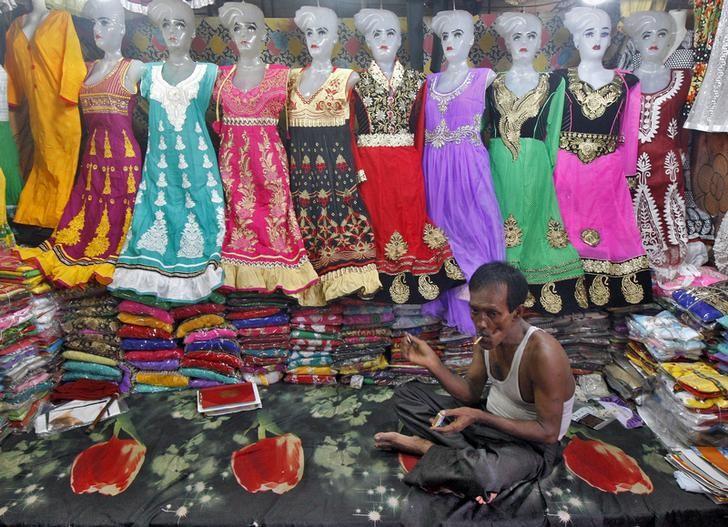 By Krishna Eluri
BENGALURU (REUTERS)Indian inflation is expected to have cooled to a 14-month low in November after Prime Minister Narendra Modi's surprise removal of high denomination bank notes caused an intense cash shortage and severely hurt consumption, a Reuters poll found.
Modi's announcement on November 8 that he was withdrawing 500 and 1,000 rupee bank notes in an attempt to curb corruption and tax evasion made it much harder for consumers to make purchases in the predominantly cash-based economy.
Consumer spending makes up 55 percent of India's economy and most people buy and get paid in cash. The virtual overnight removal of 86 percent of the currency in circulation has left companies, farmers and households suffering.
Inflation is expected to ease to 3.90 percent in November from a year earlier, according to the median consensus from the Reuters poll of over 20 economists.
That would compare with October's 4.20 percent and the Reserve Bank of India's target of 4 percent to be reached by 2021.
"Overall, I think there is a 10- to 20-basis point impact on inflation due to demonetization. We have downgraded our forecast to the same degree," said Tushar Arora, senior economist at HDFC Bank.
Indian services activity dived into contraction last month due to a sharp decline in demand following the withdrawal of the high denomination bank notes, with factory activity showing a sharp deceleration as well.
Despite the turmoil following the cash clampdown, India's central bank surprised markets by eschewing a rate cut and leaving its key policy rate unchanged at 6.25 percent this week, choosing to wait for more information before judging the full effects of the demonetization.
Before last month's announcement, the recently formed Monetary Policy Committee chaired by RBI Governor Urjit Patel was expected to cut interest rates in early 2017.
With the central bank passing up the opportunity to make a rate cut in December, despite cooling inflation, a February move could be on the menu.
Wholesale price inflation likely cooled to 3.10 percent in November from 3.39 percent in October, the poll found.
(Polling by Shaloo Shrivastava and Khushboo Mittal; Editing by Kim Coghill)
December 09, 2016
Unknown
Fashion, featured, News