''No comments,'' says Deepika Padukone on marriage with Ranveer Singh 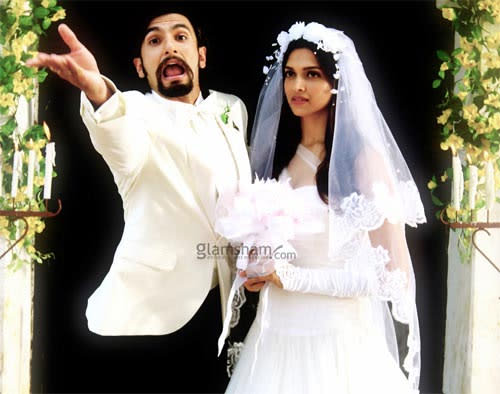 By Urvi Parikh, Glamsham Editorial
While the media is abuzz with the rumours of Deepika Padukone and Ranveer Singh planning to tie the knot, the actress herself decided to keep mum when quizzed about this.
When asked Deepika as to when is she planning to get hitched to her alleged boyfriend Ranveer Singh, who also plays her dead husband in the upcoming film FINDING FANNY, she simply replied, "No comments."
However when probed further that she recently quoted to a magazine that she feels amazing to be unconditionally loved by Ranveer Singh, she retorted, "I was misquoted and the journalist himself called me and apologized. The journalist swapped the answer of one question to another. He in fact also said that he would be publishing a clarification in the next issue. Watch out for it because it would because that will be breaking news."
Meanwhile, FINDING FANNY, directed by Homi Adajania, presented by Fox Star Studios and produced by Maddock Films, is slated to release on September 12, 2014. The film stars Arjun Kapoor, Dimple Kapadia, Pankaj Kapoor and Naseeruddin Shah in the lead.
More on bollywood at glamsham.com
August 28, 2014
Unknown
Entertainment, News