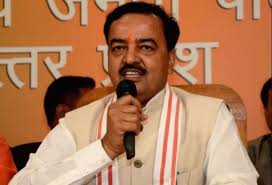 The bypolls were necessitated after Chief Minister Yogi Adityanath and Maurya vacated the Gorakhpur and Phulpur seats respectively, following their election to the Uttar Pradesh Legislative Council.

"The lotus (BJP's poll symbol) will bloom in both the seats. I have no doubt about this. The very fact that people are talking mostly about the BJP's winning margin is itself an indicator that the party is going to win.

"You can be rest assured that we are going to improve our margin in both the seats," Maurya told PTI in an interview here today.

Taking a jibe at the opposition, he said, "As soon as the bye-elections were announced, the opposition parties started discussing the victory margin. This is a clear indication that the lotus will bloom in Gorakhpur and Phulpur."

The deputy chief minister, a former president of the state BJP, said as far as the vote-share was concerned, "60 per cent is ours and the rest is for the others to share".

On whether he wanted one of his family members to contest from Phulpur, Maurya said, "Party workers, owing to their affection towards me, floated the idea that someone from my family should contest the bypolls.

"However, I am a kaaryakarta-waadi (workers-centric) person, and not a parivaar-waadi (believer in dynastic politics). I am a member of the BJP's big family."

Referring to the BJP's winning show in the 2014 general election and 2017 Uttar Pradesh Assembly polls, he expressed confidence that the "lotus will bloom in 2018 (bypolls) and it will lay a strong foundation for the 2019 Lok Sabha election".

The bye-elections are expected to witness a triangular contest between the ruling BJP, the Samajwadi Party (SP) and the Congress.

Sureetha Kareem is the Congress candidate from Gorakhpur. The party has fielded Manish Mishra from Phulpur.

"Voters are very clear as regards which party can usher in development, provide jobs, ensure safety and a robust law-and-order situation in the state. They know that it is the BJP, which is a pro-poor political party, is working to ensure that the benefits of development reach the last person, and also that it can take a tough stand against corruption," Maurya said.

For the BJP, Gorakhpur is significant as it is the bastion of the chief minister, who has represented the seat in the Lok Sabha five times. Prior to Adityanath, the seat was thrice represented in Parliament by his mentor Avaidyanath.

Phulpur, on the other hand, was once the bastion of the Congress and represented by India's first prime minister, Jawaharlal Nehru. It had, for the first time, witnessed a saffron surge in the 2014 Lok Sabha election, when Maurya won the seat.

Voting for the bypolls will be held on March 11 and the results will be declared on March 14.
February 25, 2018
parikalpnaa
News, regional