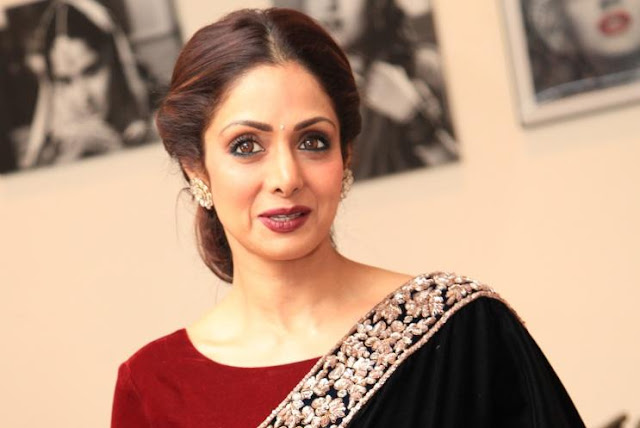 Mumbai, Feb 25 (PTI) The air outside Sridevi's residence is heavy with grief as fans of the veteran actor continue to queue up to catch one last glimpse of their 'Chandni'.

Sridevi, 54, died late at Saturday night reportedly due to cardiac arrest in Dubai, where she had gone to attend her nephew Mohit Marwah's wedding.

Ever since the news broke out, Sridevi's Lokhandwala home - where she used to live with her husband Boney Kapoor and two daughters Janhvi and Khushi - witnessed a steady stream of ardent fans assembling outside her house to pay their respects.

According to an Airports Authority of India source, a private jet is being flown to Dubai to carry the late actor's mortal remains.

The aircraft which will bring Sridevi's body is likely to depart from Mumbai around 1 pm and will arrive in Dubai at 4 pm. It is expected to reach Mumbai around 8 pm.

Meanwhile, no celebrity has visited her residence yet.

Two police vans have been stationed and the security, too, has been beefed up to avoid any commotion outside her residence.

Sridevi went on a hiatus for 15 years after starring in home production -- "Judaai" -- co-starring with her brother-in-law actor Anil Kapoor and Urmila Matondkar.

It was director Gauri Shinde's "English Vinglish" in 2012 that marked her comeback to the silver screen.