May to make key Brexit speech next Friday: Downing Street 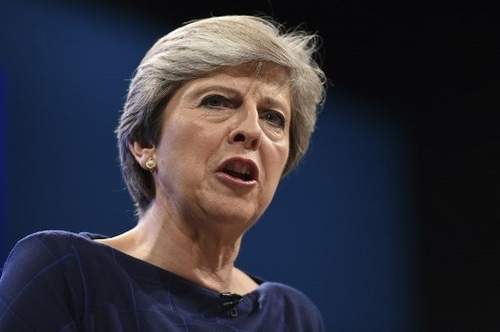 London, Feb 23 (AFP) Prime Minister Theresa May will make a keynote speech next Friday on Britain's relationship with the EU after Brexit following a "very positive" meeting of her senior ministers, her spokesman said. "The prime minister will be setting out more detail of the government's position on Friday," he said.

Confirmation of the much-anticipated speech comes after May gathered around a dozen of her senior ministers for an "away day" at her country retreat in Chequers yesterday.

Their discussions lasted eight hours as they sought to thrash out their considerable differences on how closely aligned Britain should stay with the EU once it leaves the single market and customs union. "It was a very positive meeting and a step forward, agreeing a basis of the prime minister's speech on our future relationship," the spokesman said.

The full cabinet will discuss the plans at their regular weekly meeting on Tuesday. The prime minister's speech is expected to take place somewhere in Britain, after May chose Florence, Italy for her last big Brexit address in September.
February 23, 2018
Unknown
international, News