P.M. Modi asked me to join hands with Edappadi: Panneerselvam 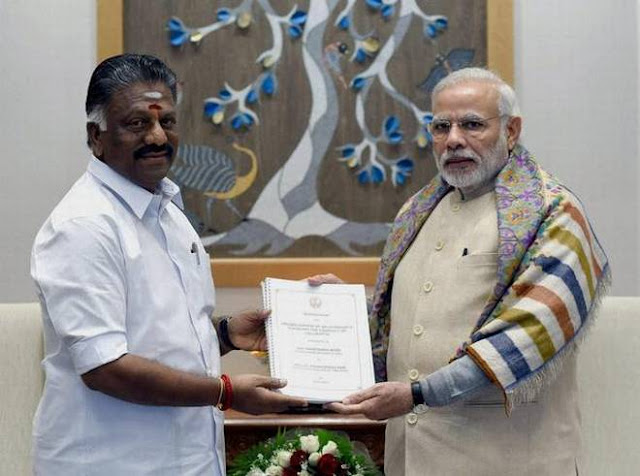 Chennai, Spl. Correspondent: Deputy Chief Minister O. Panneerselvam has admitted that Prime Minister Narendra Modi asked him to merge his faction with the Edappadi K. Palaniswami and be part of the AIADMK government.

Mr. Panneerselvam told the cadre. “I agreed for the merger and that should not be a problem. I told him I don’t want to be part of the government. For that he said, ‘No, no you should be a Minister and be part of the government.’ That is why I am a Minister now, ” the deputy chief minister said. “When I told this to my [present cabinet] colleagues Thangamani and Velumani.

They also insisted that I have to be in the government. I don’t desire to be a Minister. Amma [Jayalalitha]) had made me an MLA four times and Chief Minister twice. I can live with that pride,” he said the cadre amid applaus
February 17, 2018
mala
Fautured, Feature, featured, latest, News, regional