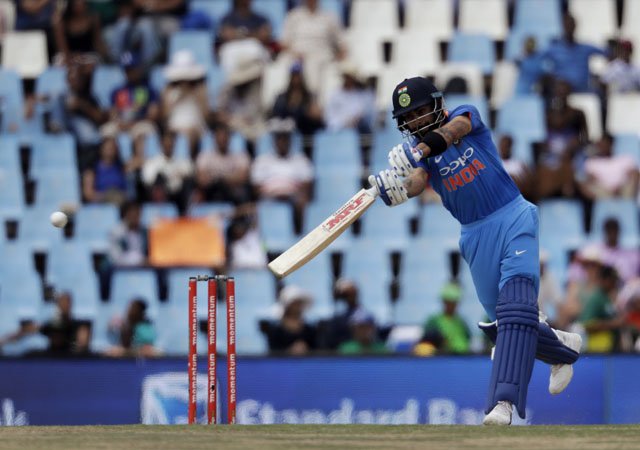 New Delhi: If there has been one thing consistent throughout India's Tour of South Africa, then it has surely been Virat Kohli's prowess with the bat. The attitude in him, inspiring as a captain, bucking his team up. That aggressiveness on his face each time the wicket falls. And then with the bat, he has stepped up with all the intent, scoring runs, scoring boundaries, taking singles.

There is no one particular word to describe this force. Even coach Ravi Shastri advised the reporters at Centurion to find a new word in the latest Oxford dictionary to praise Kohli, after the skipper had notched up his 35th ODI ton. And now former Indian skipper Sourav Ganguly has lauded the present incumbent as ' the flag bearer of Indian cricket'. "Kohli is a flag bearer of Indian cricket. I have seen a lot of purple patches including mine, Dravid's and Sachin Tendulkar's. I genuinely believe that this is not just a purple patch for Kohli, this is genuine greatness," said Ganguly in an interview.