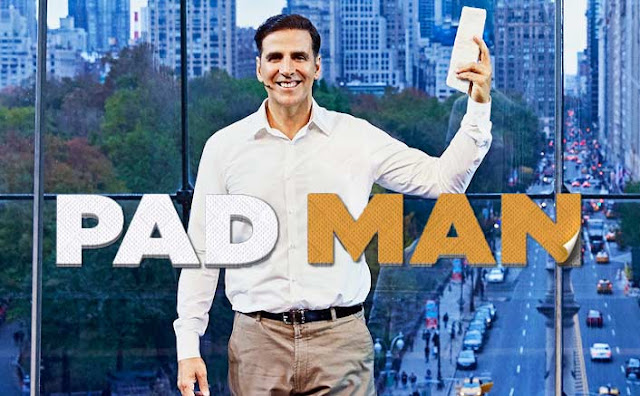 It is a worthy film, but it isn’t a particularly enjoyable.

Concerned about his wife Gayatri's (Radhika Apte) menstrual hygiene, Lakshmikant Chauhan (Akshay Kumar) urges her to ditch the cloth and opt for sanitary napkins. Gayatri is reluctant to go for disposable pads as they are expensive. Lakshmi obsessing over a 'ladies problem' makes her cringe but he insists on bringing upon a change by addressing the taboo topic. Subjected to hostility for ruffling the religious and age-old beliefs of people around, can the man brave the resistance and get his point across?

PadMan is based on the real-life inspirational story of Arunachalam Muruganantham, the man who famously invented a machine that led to the creation of a low-cost sanitary napkin, and created a real-life revolution.

There is absolutely no doubt that the subject and the intention of the film is applause-worthy. In India, the ‘shame’ associated with ‘that time of the month’ is still so strong and so pervasive that anything that brings out into the open is cause to cheer, and a film starring a big star is sometimes the best way to break age-old taboos.

Akshay Kumar is now consistently green-lighting socially-relevant films, and that is fine and laudable: his 2017 Toilet: Ek Prem Katha started conversations around having toilets within the house. I liked both what it was trying to say and how it was doing so: it was done with a degree of flair.

In order to appeal to the lowest common denominator, things are over-explained and all of this results in a sluggish progression of events. However, given how awkward women are made to feel even today while buying sanitary pads from a medical store, this social drama makes for an important film that needs to be watched. Having said that, in portions, Balki struggles to maintain a balance as it's not easy to entertain, spread awareness and sensitize people about the issue, all at one go. His semi-humorous and urban outlook at a predominantly rural issue, isn't seamless as the script often meanders but he redeems himself in scenes that convey a lot more through unspoken words.

A quiet moment when Gayatri realises Lakshmi's concern for her after she sees her brother abusing and neglecting his wife's health is heart-breaking. Lakshmi's reaction to his first consumer's feedback is equally moving. The 'superhero' of the film — Akshay Kumar, makes you wonder why he continues to be one of our most underrated actors, despite such immense body of work. He going as far as wearing a pink ladies underwear and a pad to prove a point, goes on to show how actors are willing to push boundaries and embrace their screen characters for the films they believe in. Radhika Apte portrays her part beautifully, making her character relatable to the section of women, who still face such societal taboos.

Sonam Kapoor too lights up the screen with her candour and makes her presence felt in a significant role. Known for making films that work towards bridging the age and gender gap, Balki's Padman is an empowering film that gives you the wings, despite the odds. It will free women of their inhibitions and that will be its biggest success. Period!

PadMan is as worthy, but it isn’t a particularly enjoyable film. It has tonal problems, because it is trying to appeal to many constituencies at the same time. The perky city girl Pari (Kapoor, whose arrival perks up the proceedings) who is a figment of the filmmakers’ imagination, and who helps Laxmi realize his dreams, speaks to the urban girls who call their periods ‘chums’; the ‘seedha-palla’ wearing Gayatri is the spokesperson for those who call it ‘maahvaari’ or ‘mahina’.