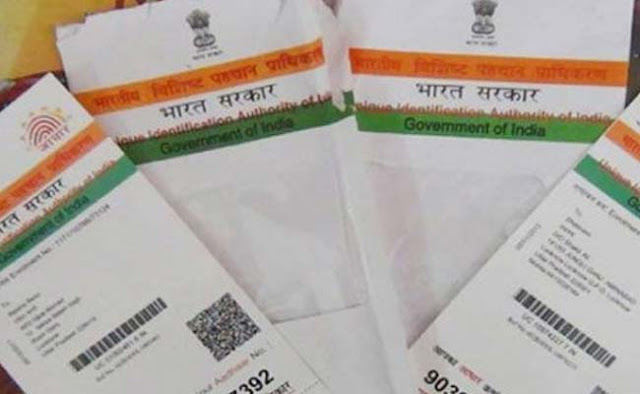 Mumbai, Feb 25 (PTI) The Bombay High Court has refused to defer the March 31 deadline imposed by the Union government for linking Aadhaar to ration card.

A bench of justices Shantanu Kemkar and Rajesh Ketkar, however, directed the Maharashtra government to look into the grievances of technological glitches faced by residents of the state in the digitisation of their ration card, and subsequently, in linking it to their Aadhaar card. The bench was hearing a petition filed by Nashik resident Aziz Pathan.

According to the plea filed in 2015, the Maharashtra government issued a resolution notifying a scheme for digitisation of ration cards. The scheme was launched in compliance with an order of the apex court and was aimed at streamlining and bringing about more transparency in the public distribution system (PDS).

The scheme includes digitisation of ration cards, installation of electronic point of sale devices at fair price shops and issuance of food grains through biometric authentication. It stipulates including the beneficiaries' Aadhaar numbers in their ration card database. However, according to the plea, several beneficiaries from Nashik district were facing problems in the digitisation of their ration card, and their biometric authentication.

Pathan said there were inconsistencies in the biometric machines and the upgraded ration cards of several residents of Nashik bore incorrect names, addresses, and employment and caste details. He said because of these inconsistencies, the residents were facing difficulties in linking their Aadhaar cards with ration cards and as a result, the linking process was getting delayed. Pathan urged the court to grant an interim relief by deferring the March 31 deadline, and directing the state government to ensure the affected citizens did not lose out on receiving food grain subsidies and other benefits under the PDS, if they failed to link the ration cards with the Aadhaar by March 31 this year.

The bench, however, refused to defer the deadline saying that going by Pathan's plea, it seemed the problem was limited to Nashik district alone. The court asked Pathan to approach the state authorities for redressal of his grievance.

The bench also directed the Maharashtra government's food, civil supplies and consumer protection department to grant an urgent hearing to Pathan, and to address his grievance within a week's time. The bench, on February 23, directed the department to look into the reasons for such frequent mistakes in the digitisation process across Nashik.

"We are of the opinion that the grievance is mainly restricted to Nashik district. We think the petitioner can approach the food supplies department in Mantralaya (the state secretariat) and make a representation there and apprise the authorities of the issues faced by citizens in his district," the bench said.

"The secretary of the department concerned must also treat this petition as a representation and look into the problems faced by the residents in the digitisation of their ration cards," the bench said. "We expect the secretary to take appropriate decision expeditiously and within a maximum period of one week," it said.
February 25, 2018
parikalpnaa
Business, News