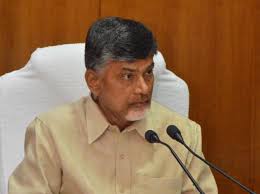 Amaravati: Andhra Pradesh Chief Minister N Chandrababu Naidu has said that his party is not averse to bringing in a no-confidence motion in Parliament against the Narendra Modi government, over the 'injustice' meted out to the southern state in the Union Budget 2018-19. Naidu said the move would be aimed at getting “justice” for the southern state with the support of other parties. He, however, added that such a move would be the “last resort”.

The remarks came just hours after Naidu had rejected demands by the opposition YSR Congress and Jana Sena that a no-trust motion should be moved against the Union government. Sources had said during the day yesterday that Naidu, the Telugu Desam Party (TDP) chief, was considering to call an all-party meet to discuss ways to exert pressure on the Centre to secure the state’s “rightful” due.

The BJP-TDP ties came under severe strain following the Union Budget presented earlier this month, alleging the Centre had ignored the southern state and made “insufficient” allocations for it.
February 19, 2018
Unknown
national, News