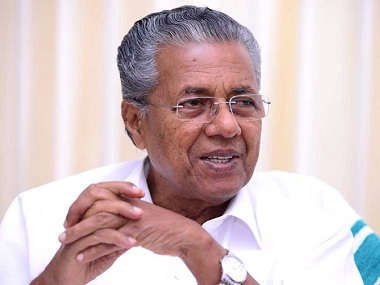 Kochi (PNS):The Congress in Kerala on Tuesday accused the CPI(M) of becoming a terror organisation that was unwilling to abandon politics of violence. Referring to the brutal murder of Youth Congress leader SP Shuhaib in Kannur last week, Opposition leader in the State Assembly and former State Congress president Ramesh Chennithala said on Tuesday,

“The CPI(M) with its tendency of committing murders continuously has turned into a terror organisation.” Chennithala, who had last week alleged that the Marxists’ ‘Red terror’ was the fountainhead of all violence in Kannur, said in Kozhikode, “The CPI(M) leadership is providing murderers with protection and encouragement”.

According to him, this has become evident from the alleged reluctance of the police to arrest the actual killers of Shuhaib. Calling for a people’s movement for putting an end to murderous politics, former Chief Minister and senior Congress leader Oommen Chandy said, “We can’t expect the CPI(M) to learn lessons from experience. Shuhaib’s murder has proved that the Marxists are not prepared to abandon their politics of violence.”

The CPI(M) suffered a setback on Tuesday with the police confirming that all the accused in the case relating to Shuhaib’s murder were CPI(M) activists. State CPI(M) secretary Kodiyeri Balakrishnan and Kannur district secretary P Jayarajan had repeatedly claimed that their party had no role in the murder.
February 20, 2018
Unknown
News, regional