2-day cultural festival in Varanasi on cleanliness, to be telecast live on Youtube 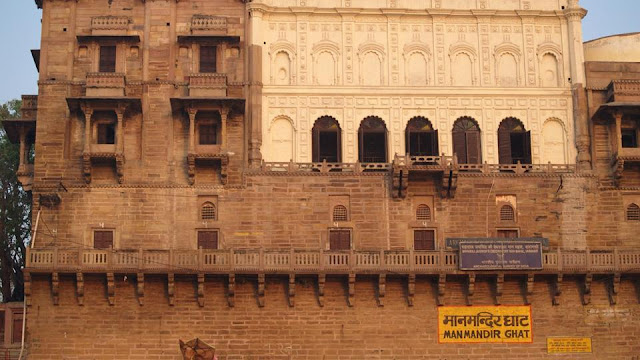 Man Mandir Ghat, where the festival shall be held. (Youtube)
Varanasi (PTI): Varanasi will host a two day festival- Swachhagrah ‘Bapu ko Kaaryaanjaliâ’- on February 21 and February 22 to bring focus to cleanliness by using different forms of culture, the ministry of culture said.

The festival will be held at the Man Mandir Ghat and Assi Ghat in Varanasi in the presence of Minister of State for Culture Mahesh Sharma.

“The Mahotsav will integrate the tangible and intangible heritage along the river-belt and will see the engagement of the academia, artists, artisans, writers, poets, environmental and cultural forums on the use of cultural expressions for conservation and protection of the river and the ancient city,” a statement from the ministry said.

An exhibition on Varanasi by the National Archives will be held at the Man Mandir ghat. The National Gallery of Modern Art in partnership with the Fine Arts School of BHU will conduct painting and terracotta-sculpture workshops for students of the Cultural Interpretation Centres set up in several schools by the ministry.

Installations and large canvases drawn by children on the theme of Swachhta will be exhibited at prominent places and ghats of the city. The live coverage of the festival will be telecast on YouTube channel of Sanskriti.goi from 6 pm onwards on February 21 and 22.
February 20, 2018
Unknown
cultural, News, spiritual