Home » featured » international » latest » News » Pakistan declare the Chinese Mandarin as one of its official languages.

Pakistan declare the Chinese Mandarin as one of its official languages. 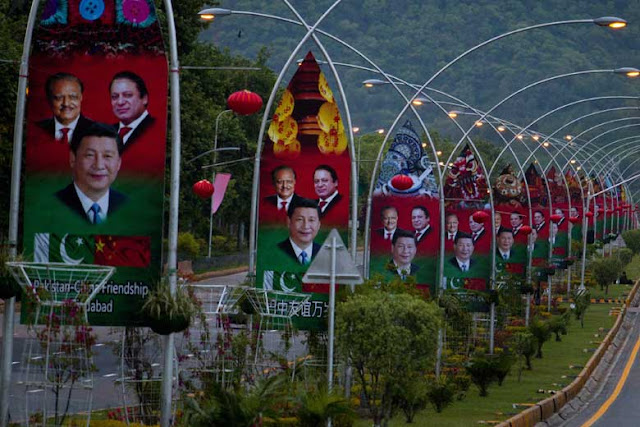 Islamabad: Pakistan on Monday adopted a motion to declare the Chinese Mandarin as one of its official languages, in a move that shows the South Asian nation's growing tilt towards China. The motion was approved by the Pakistani Senate, with the local media saying citing officials that the step was necessary in view of growing ties between Pakistan and China. However, questions are being asked whether the move is another step towards Pakistan becoming a 'Chinese colony'?

" India, US, Japan, Australia consider 'alternative' to China's 'One Belt One Road Initiative' Punjabi, which is widely spoken in Punjab province of Pakistan, Pashto and many other native languages have yet to be declared as official languages.

The Dawn News reported that Pakistanis are more interested in learning the Chinese language than ever as they see the tides changing and expect that knowing Mandarin would mean more job opportunities in Pakistan and China. Xinhua also reported yesterday that the Pakistan-China Institute launched Chinese language classes on Monday, in a move to provide opportunities to businessmen and other professionals who are interested in doing business in China.

“The Chinese language classes started eight years ago in Pakistan schools, and the newly launched one is the second phase of such classes for businessmen, academics, and intellectuals,” the Chinese state news agency reported on its website.

Last year, there were murmurs that Pakistan was mulling a proposal to replace the US dollar with the Chinese yuan for trade with China. The speculation came in the wake of Beijing "temporarily" halting funding of several CPEC-related projects in Pakistan citing corruption. Tensions between the two countries had risen last year after a Chinese national was killed by unidentified gunmen in Karachi. He was working for a shipping company in the port city.
(With agency inputs)
February 19, 2018
Unknown
featured, international, latest, News