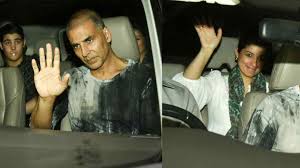 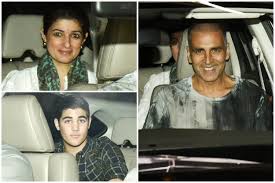 Akshay Kumar's 'PadMan' has become the talk of the town with the all-star PadmanChallenge acting as a catalyst for the film's promotion.

Prior to its release, a special screening was held for fellow B-town celebs at a studio in Mumbai on Thursday evening. A number of celebrities like Sridevi and her daughters, Janhvi Kapoor and Khushi Kapoor, producer Ritesh Sidhwani, directors David Dhawan, Sajid Nadiadwala with wife Wardha, Sajid Khan checked in their attendance at the screening.