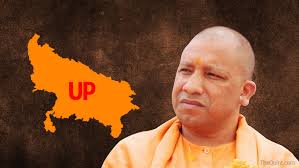 Lucknow (PNS): A day before the ‘UP Investors’ Summit, the State Government approved logistic and warehousing Policy streamlining warehouse operation in the State aiming to boost horticulture and floriculture. A senior Minister said that Logistic and Warehousing Policy was the need of the hour and it was unfortunate that till now there were no well defined policy.

He said that taking forward ‘Make in India’ vision of Prime Minister Narendra Modi, Uttar Pradesh has already launched ‘Industrial Investment and Employment Promotion Policy, 2017’ and ‘Food Processing Industry Policy, 2017’ to create a supporting ecosystem for investments in industries and related infrastructure such as warehouses, cold storages, silos, etc. “Therefore, the State was committed towards strengthening its foothold in the logistics sector,” he said. The Minister said that being strategically located on the golden quadrilateral and having the largest rail network spanning over 8949 kms, UP is poised to meet the requisites of expanding logistics industry.

As per cabinet decision opportunities in logistic sector in Uttar Pradesh include warehousing, silos, cold storages, setting up of E-commerce hubs, real time logistics. “With higher use of Internet and e-commerce, there is scope to provide services that helps in tracking and monitoring the transported goods,” the source said. In another decision, the cabinet approved amendment in ‘UP Excise Act’ under which a consumer can consume liquor in a model shop after purchasing it.

The source said that the Government has decided to bring an amendment allowing people to consume liquor in model shops.
February 20, 2018
Unknown