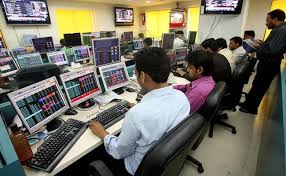 Mumbai (PTI): Indian shares staged a comeback in early trade on Tuesday with the BSE Sensex gaining over 157 points and the Nifty recapturing the 10,400-level on buying by investors in metal, capital goods, teck and IT stocks amid a mixed trend at other Asian Markets. The 30-share Sensex recovered by 157.24 points, or 0.46 per cent, to 33,931.90 in opening trade.

The index had lost 522.81 points in the previous two sessions. Sectoral indices led by metal, capital goods, Teck and IT were trading in the green with gains of up to 0.75 per cent. The broad-based NSE Nifty went up by 23.95 points or 0.23 per cent to 10,402.35. Tata Steel rose up to 1.5 per cent in early trade after reports suggest the steel maker was leading bidder for debt-ridden Bhushan Steel. IT stocks TCS, and Infosys also advanced up to 1.7 per cent on a weaker rupee.