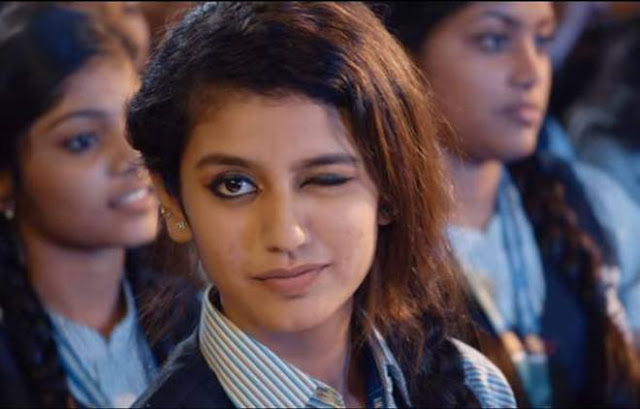 On February 11 and 12, the words ‘Priya Prakash Varrier’, ‘Priya Varrier video’, and ‘Priya Varrier Instagram’ were some of the most searched-for words on Google. Photo: YouTube screenshot
What is Mapilapattu?
The controversy over picturisation of a song sequence in the upcoming Malayalam movie Oru Adaar Love has taken the Mapilapattu lovers across the State by surprise. The controversy over the song Manikya Malaraaya Poovi, a Mapilapattu originally penned by P.M.A. Jabbar in 1978, could have been avoided, they said. “Those who worked behind this song in the film could have used any other Mapilapattu. They should have been vigilant against playing into the hands of fundamentalists,” said Moosa Eranholi, veteran Mapilapattu singer whose rendition of Manikya Malaraaya had the widest appeal so far. finds nothing objectionable either in the song or in the picturisation. “In fact, that winking scene has captured the adolescent romance on a campus in its sublime beauty.
But the movie makers should have cared for the sentiments of the people at large. There are all sorts of people waiting for an issue,” he said.
Veteran Mapilapattu lyricist O.M. Karuvarakundu said that there was nothing much about the song to be made an issue. “We have been listening to this song for the past four decades. Although there have been some minor issues in both the lyrics and its tune, the song courted no controversy so far largely because of its popularity,” said Mr. Karuvarakundu.
February 17, 2018
mala
Entertainment, Fautured, Feature, featured, latest, regional